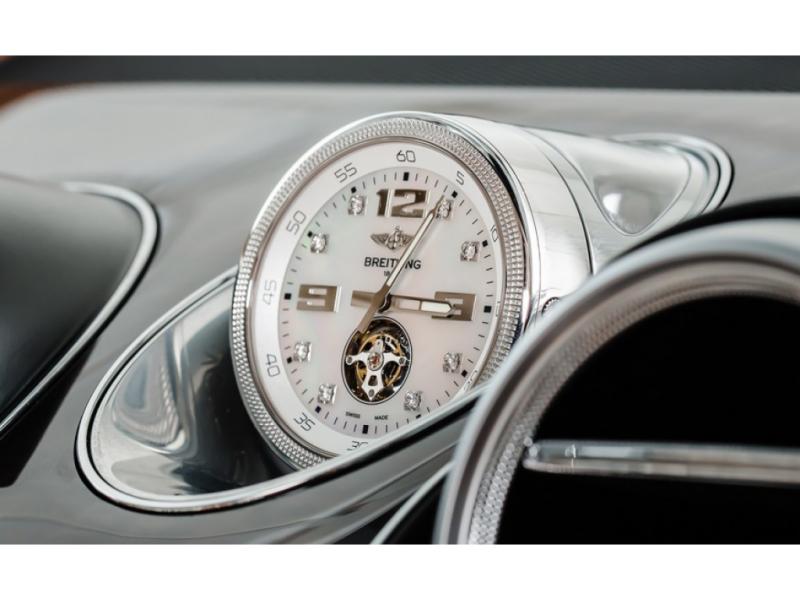 Part of what makes driving so pleasurable are the little creature comforts, the things that don’t necessarily have to be included but it’s quite nice that they are. Sure, they often come at an additional price, but hey it’s worth it for power seats, some extra audio options and maybe even some comfy leather seats. Then, of course, you have the upper tier of options. Inclusions that go above and beyond what most would call “necessary” by even the most loose definition of the word. Hence, the items on the below list. Just make sure you extend your pinky finger as you scroll down. 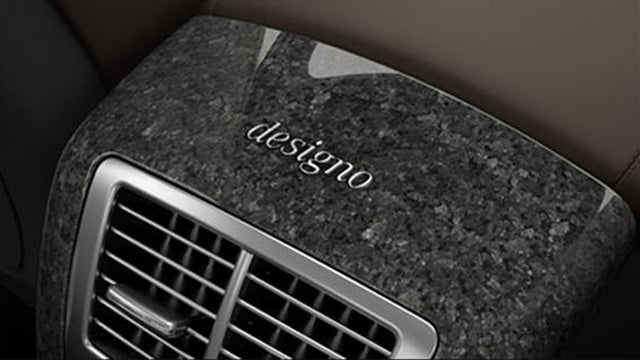 Have you ever wanted the interior of your car to resemble the gradient and style of your kitchen counter tops? Then boy, has Mercedes-Benz got the gratuitous option available for YOU. There are plenty of things wrong with this situation (including the buyer’s head if they honestly think this is something that both looks good and is worth paying for), though perhaps none moreso than what you’re actually getting for the price. $2,650 is a lot of money, especially when you’re paying that much for something so gauche and the item in question only contains about a single millimeter’s thickness worth of actual trim.

When you have money to burn, it means you can defy nature. Oh, it’s getting cold outside and thus making it less than ideal to drive around with the top down on your fabulous luxury convertible? Don’t let something facile and insignificant as nature tell you what to do. You have money! Which means you can pay an extra $3,270 so that the backs of you seat will gently blow warm air onto your neck as you whisk away with the top firmly down. Because why pay $40 for a quality scarf when thousands of dollars just sounds so much more fabulous?

Let’s face it. If you buy a luxury car, you have plenty of money. And when you have plenty of money that probably means you’re busy making lots more money to spend. And when you’re busy making lots of money, that means you don’t have time to do most of the normal, mundane tasks that people without lots of money obviously have to do. Like closing the door of your BMW. I mean, honestly? Who has time to swiftly move their arm in a pushing motion in order to secure the door and make sure it firmly latches? No one. No one has that kind of time. You take the few seconds and minimal effort it requires to close your own door properly and you’ve probably lost at least a thousand dollars because you briefly diverted your attention. So in that case, spending nearly $5,000 so your car can close its own doors for you seems like a bargain in hindsight.

Time waits for no man. It affects us all. None can escape its forward march. But that doesn’t mean everyone looks at it the same. More specifically, when you’re fabulously, insanely rich you can’t be expected to look at just any old clock or watch. You want only the best, most expensive timepieces on your wrist or wedged into your dashboard. Which is why Bentley offered limited edition Breitling watches to go with their Betayga SUV. The newest model will come specifically with the clock installed into the dashboard because the 608-numbered limited run SUVs which came with the wristwatch are already sold out. The catch? No matter how much money you throw at Bentley, chances are you’ll end up on a waiting list because only four of these clocks will be available per year. Why? Because the clockmaker at Breitling takes three months to build a single piece.

With most every expensive and fancy accoutrement, if you want it you have to shell out a lot of money especially if it’s a custom job. However, with this last option in our list you’re paying for nothing. Literally nothing. You see, the Bugatti Veyron Super Sport has a price tag of about $2.2 million. Which, hey, that’s a reasonable price for one of the world’s premiere, street-legal supercars that will leave nearly every other car on the road sucking its exhaust. But let’s just say that instead of the fancy paint job you’d normally get as part of the 2.2 million smackers you’d lay down for this baby, you instead want a more “basic,” unpainted carbon fiber finish. That’s right, no paint. At all. None. How much do you think that would run? If anything, it should drop the price, right? Wrong. If you want to leave something off of this car, you have to pay them money. $300,000 to be precise. No, that’s not a typo. So, for the ultimate in frivolous spending when it comes to cars, you can hardly do better than paying someone else for literally nothing.