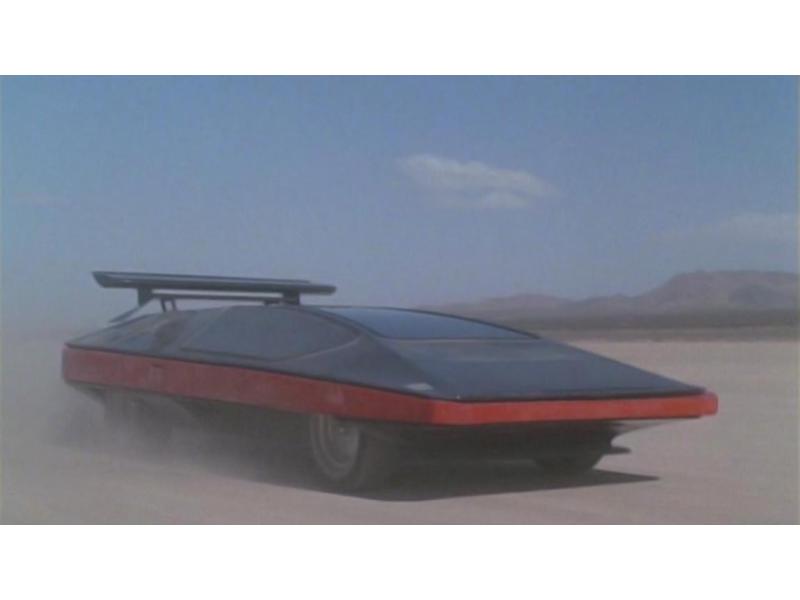 If there’s one element of pop culture that feels truly exclusive to the decade in the 1980s, it’s the way that television and film producers so frequently gravitated toward basing an entire show or film around a highly specialized vehicle.

Whether it was Airwolf, Knight Rider, Blue Thunder, Street Hawk, or even The Dukes of Hazzard, the vehicle and the action scenes built around it was often the drawing attraction. It’s something you don’t really see anymore these days as for whatever reason audiences no longer demand that their heroes’ vehicles talk or have turbo boost or otherwise come designed with any other wild assortment of features. However, the vehicle featured in this column comes from a somewhat unlikely source: The Master of Horror himself, John Carpenter.

That’s right, the man who gave us such iconic films as Halloween and The Thing delivered his own bit of vehicular mayhem when he wrote the script for the 1986 film, Black Moon Rising, starring a unibrowed Tommy Lee Jones, a disinterested Robert Vaughn and Linda Hamilton two years after surviving assassination via Terminator robot.

Jones plays Sam Quint, a master thief and assassin who steals some corporate secrets for the United States government. As he’s attempting to make his escape, he has to hide them inside the Black Moon, a high-tech prototype car that’s tricked out with rocket boosters, is bullet-proof and can hit speeds in excess of 300-mph. It’s sleek and black and basically looks like a giant four-wheeled wedge with a double-decker spoiler bolted onto the back. It does a jump between buildings that was probably the entire focus of the pitch session to the studio suits.

In other words, it’s the kind of car that probably made more than a few kids excited to catch this thing every time it showed up on TV on Sunday afternoons despite the overall cornball nature of the film.

The car itself was a prototype in real life as well as the film. There was only ever one Concordia II made, though duplicates shells were assembled for interior shots and a rather barebones version made for stunt driving. It bears a more than passing resemblance to the 1970 Ferrari Modulo, but for the most part this car was an original creation by Bernard Beaujardins and Clyde Kwok of Wingho Auto Classique, based in Montreal.

Wingho Auto is still alive and (slowly) designing cars that make their international debut. You can check out their work at www.winghoauto.com